Peter specialises in leading commercial expeditions to the Himalayas and Antarctica, which are available to people with varying degrees of fitness and aspirations. These expeditions include Himalayan treks, Antarctic cruises, Mt Kilimanjaro climbs, Tibetan traverses in 4WDs and special adventure objectives.

For further information on any of the upcoming adventures, please contact Peter at peter@peterhillary.com

Experience the wilds of the North and South Islands of New Zealand guided by the local perspective of Peter Hillary, whose father Sir Edmund Hillary completed the first summit of Mount Everest in 1953 with Tenzing Norgay. Adventure through the emerald landscapes of national parks and over sparkling waters on picturesque bays, revisiting peaks and valleys Peter frequented in his youth. Throughout this exceptional New Zealand itinerary, get direct insight into remarkable Hillary family history - how they got started climbing in the mountains of New Zealand and kept exploring right up to the heights of the Himalaya, and beyond. We will be following in Ed’s footsteps around NZ!.

A luxurious traverse of the extraordinary Himalayan mountains from west to east. From Leh in Ladak, India, in the far west of the Himalaya to Kathmandu in Nepal and on to Darjeeling in the Indian Himalayas of West Bengal and then on to Thimpu the capital of Bhutan – we fly to each destination, stay in comfortable hotels and immerse ourselves in the landscapes and culture of these contrasting Himalayan regions that straddle the 'roof of the world.'

For me it all started …. In 1981 three of us, Graeme Dingle, Chewang Tashi and I, began a ten month long traverse of the Himalayas from Kanchenjunga in Sikkim across the wide Himalaya to K2 in Pakistan. We maintained an average altitude of 13000 feet / 3900m and crossed dozens of passes ranging from 17,000 feet (5000m) to over 20,000 feet (6000m). The distance travelled over the ground was 3000 miles (5000 km) and involved crossing very rugged terrain of Himalayan scale. We slept ‘rough’ under bivy rocks or in local shepherd’s huts and used tents occasionally up among the glaciers. The trip was written up in our book ‘First Across the Roof of the World’ which was published in 1982. My motivations to return to the Himalayan Traverse as a man in his sixties is to do this journey in salubrious style and to savour snapshots of the endless variety and diversity of the Himalayas that we experienced forty years ago; from one end of the Himalayas to the other! So you see this “could well be the most amazing journey across the Himalaya short of walking it!” 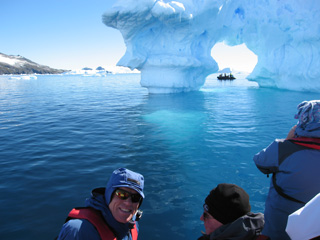 Every Antarctic summer Peter participates on voyages south to the ice.

Cross the Drake Passage to the Antarctic Peninsula with Peter Hillary on board one of Lindblad Expeditions expedition ships, National Geographic Explorer.  Encounter the spectacular Antarctic Peninsula and the surrounding islands and waterways. Glide around enormous tabular icebergs by Zodiac, walk along beaches covered with thousands of penguins, and kayak amid abundant marine life. Antarctica has to be seen to be believed. Just about anyone can do this journey.

Join me for treks to the Mt Everest region in Nepal 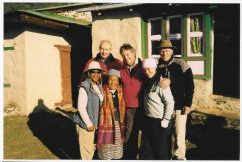 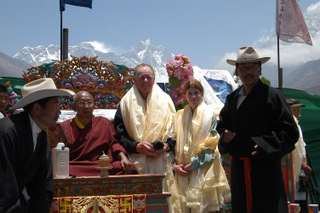 We organise private Himalayan trekking adventures where we visit homes, schools, hospitals and friends that have been connected with the Hillary family for decades. We visit teacher training programmes in the Solu Khumbu region and adventure up into some of the magnificent high valleys of the Everest region. We will also climb up on to a ridge above Namche to see memorial cairns for Ed Hillary and his wife and daughter and from where we can gaze out to Mt Everest. 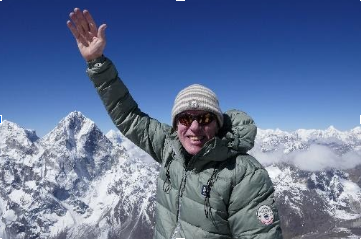 For private mountaineering adventures with Peter Hillary contact us about what you would like to experience. The Himalayas are Peter Hillary’s passion.

KILIMANJARO - Let us organise a private Kilimanjaro ascent for you. A typical itinerary is as follows: 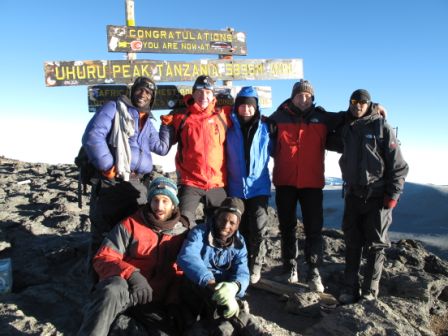 The Challenge:  To climb Africa's highest mountain, Mount Kilimanjaro, at 5896 metres / 19,340 feet.  We will explore its jungles, ridges and expansive flanks as we acclimatise to the altitude for our summit climb.

Kilimanjaro is one of the 'seven summits,' the highest mountain on each of the seven continents. One of the routes we use is the Lemosho Route which crosses the western and southern aspects of the mountain.  The first few days will be off the main climbing trail. We start the Lemosho from the west in magnificent ancient forest and jungle through which we ascend to reach the heath zone and the Shira Plateau. We cross the plateau to Moir Hut and traverse around the mountain beneath the spectacular Western Breach to descend into the Barranco Valley with its strange alpine flora of Giant Forest Groundsel and giant Lobelia. From here we ascend the Barranco Wall and traverse the south side of the mountain to our summit camp at Barafu at 4,600 metres/15,000 feet from where we climb to the summit at Uhuru Peak 5,896 metres/19,340 feet. Descent will be down the Mweka route off the southeast side of the Kibo crater.

The trip includes a 9 day ascent of Kilimanjaro, and a 2 day wildlife safari. For more information, please contact Peter at peter@peterhillary.com

Lhasa to Kathmandu! The best road journey in the world.

Travel in private vehicles with three travellers per vehicle from the fabled Tibetan city of Lhasa across the Tibetan plateau to Everest Basecamp North at 17000 feet / 5000m and then down through a great cleft in the Himalayan ranges to the exotic city of Kathmandu in Nepal. This really is the best road journey in the world with stunning landscapes, rich culture, wonderful people and a crossing of the greatest mountain range on earth. This is an incredible journey using comfortable vehicles and it is a trip just about anybody can participate in. Go to the GeoEx website for more detail. 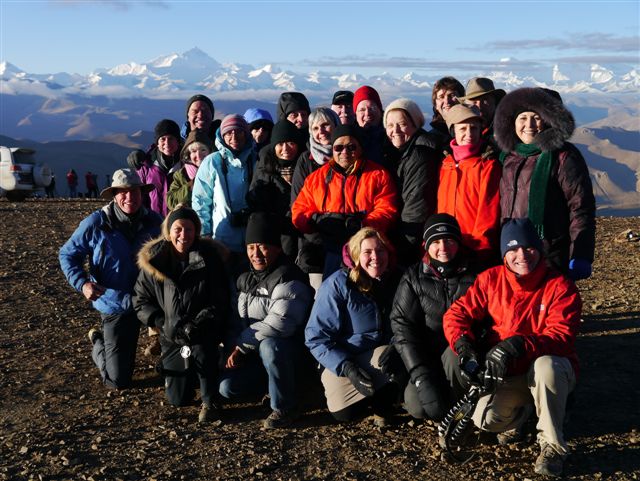